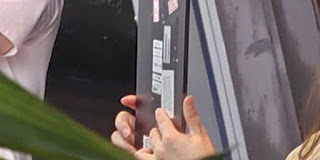 A couple of photos were recently shared online via SlashLeaks, featuring what is believed to be the upcoming Realme Pad. As revealed by its India-based CEO Madhav Sheth last month, the device will be the brand’s first tablet product which is also expected to launch alongside its first ever laptop, the Realme Book.
The photos depict preview units of the Realme Pad being used in the wild, showing both its front and back design. As per the teaser images provided by Sheth, the new tablet sports a tall form factor, rounded corners, and a flat edge frame that is similar to current generation iPads. On its back appears to be a metal or aluminium shell with a protruding single camera lens on the upper left corner. Due to the poor quality of the photo that showcases its front design, it is difficult to make out whether the Realme Pad would feature a in-display or a bezel mounted one front-facing camera, its screen-to-body ratio, and other details. 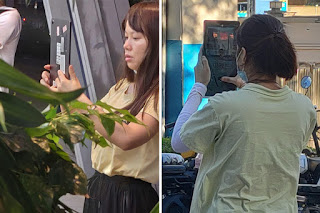 Realme has been quite silent about the tablet’s specifications and features, and even unofficial information regarding its potential hardware has been pretty scarce. Most sources believe that the device could offer some form of interconnectivity with other Realme devices such as its smartphones and upcoming tablet. It is also expected that the Pad will feature the current or latest version of the Android 11 operating system. 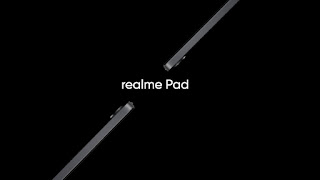 The brand has yet to announce when it is planning to officially unveil the Realme Pad and Realme Book. Although, it is very likely that Realme will be disclosing more information of either device in order to build hype soon, especially when their expected launch date (or dates) closes in.