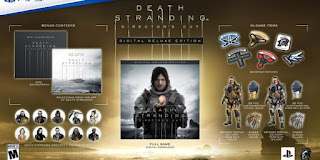 You’ve probably seen the E3 trailer for Death Stranding Director’s Cut. Yes, the trailer with all the Metal Gear Solid references. Kojima Productions and Sony Interactive Entertainment has released a new trailer. It’s not only more grounded, but it also comes with a release date.
So what can you actually expect from Death Stranding Director’s Cut? A lot of the same things from the Ghost of Tsushima Director’s Cut, actually. To start things off, there are additional story missions weaved into the game. And as you’d expect from a PS5 title, you get all the magic that the DualSense controller is capable of. This ranges from haptic feedback and adaptive triggers to 3D audio. There’s also the usual choice of Performance Mode for upscaled 4K and 60fps, or Fidelity Mode for true 4K and HDR, at the cost of frames.
Then there are the other stuff like new enemies, combat mechanics, tools and weapons. There’s even a firing range for you to test the latter category of new additions. And finally, there’s the Fragile Circuit series of races, the oddest of the bunch. 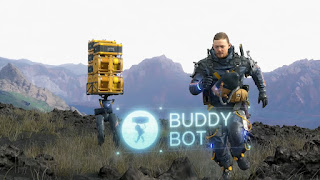 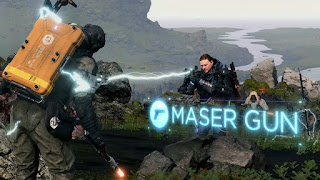 Death Stranding Director’s Cut will be out on 24 September with a price of RM209. If you want the Digital Deluxe Edition, then this goes up to RM249. Upgrading from the base PS4 version will set you back RM50. Unlike Ghost of Tsushima though, there’s no PS4 version of this Director’s Cut. You’ll have to transfer your save to the new console to experience the new stuff.
at July 22, 2021
Email ThisBlogThis!Share to TwitterShare to FacebookShare to Pinterest
Labels: 24 September, Comes, Cut, Death, Director’s, on, PS5, Stranding, The, to