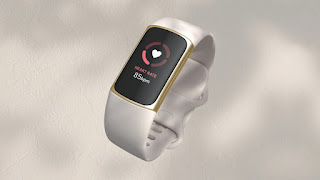 Not long after two significantly major leaks, Fitbit has unveiled its new Charge 5 fitness tracker. And much like what was unofficially revealed prior to this, the wearable will sport a new design, a full colour display, ECG capability, and plenty of other features – greatly exceeding those that are offered by its predecessors.

The new fitness tracker is 10% slimmer than the Charge 4, and comes with a 1.04-inch AMOLED touch screen with Always-On capability and Gorilla Glass 3 protection. On each side of its body are capacitive touchpads for user interaction, and can be used as a shortcut to activate the onboard Atrial Fibirilation (AFib) feature by pressing on both pads for 30 seconds. However, Fitbit noted that this feature would only be enabled some time after launch via an update. 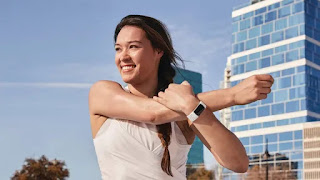 As mentioned earlier, the Charge 5 comes with a variety of health and fitness monitoring capabilities which includes sleep tracking, a heart rate sensor to calculate Heart Rate Variability (HRV) and Resting Heart Rate (RHR), a SpO2 sensor for blood oxygen saturation monitoring, an ElectorDermal Activity (EDA) sensor to track stress levels, and an Electrocardiogram (ECG) sensor. The latter may first require an approval from the local ministry of health before it is made available to users once the wearable arrives in Malaysia. 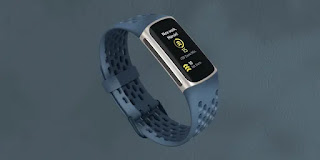 Features-wise, the device will feature plenty of onboard workout trackers, stress relief sessions, and the new Daily Readiness Score app and subscription. Other than that, it also comes with smartphone notification and quick reply functions, GPS (+GLONASS) tracking, compatibility with both Android and iOS platforms, and is water resistant of up to 50 metres of depth. Fitbit claims that the fitness tracker can last up to 7 days of use with the Always-On and SpO2 features deactivated, and would take two hours for a full charge.

The new wearable is offered in Black, Lunar White and Steel Blue, and is also offered with a variety of watch straps that are made of silicone, leather, and nylon. Speaking of straps, included in the box are two different band sizes for small and large wrists.

The Fitbit Charge 5 is priced at RM878, and is slated to ship out by late September 2021. Pre-orders for the new fitness tracker are now open via the brand’s official Malaysian website. Keep in mind that in order to use the new Daily Readiness Score, you are required to have a Fitbit Premium subscription which is available at RM39 per month.