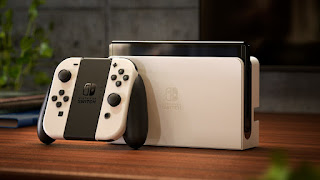 Nintendo has taken to Twitter to deny allegations of squeezing out more profit from the newly announced Switch model. As you may recall, Bloomberg published a report last Friday suggesting that the Japanese video game giant is marking up the prices of the newly announced variant – earning an estimated US$40 (~RM168) more on each unit sold, where production would only cost the company a mere additional US$10 (~RM42) over the existing model. For your reference, the standard Nintendo Switch retails at US$300 (~RM1,267) while the OLED model is priced at US$350 (~RM1,458).

“A news report on July 15, 2021(JST) claimed that the profit margin of the Nintendo Switch (OLED Model) would increase compared to the Nintendo Switch,” the company stated via its official account on Twitter. “To ensure correct understanding among our investors and customers, we want to make clear that the claim is incorrect.”

It is pretty unusual for Nintendo to comment regarding any allegations or even rumours, let alone releasing an official statement intended to assure its investors via social media. Prior to this, the video game giant would often sidestep from commenting or would just provide vague details that neither confirm or deny certain information. Needless to say, this is indeed a rare occasion for the company.

Following the statement, the company also took the opportunity to shoot down rumours suggesting that it is developing or planning to release another variant of the console after releasing the OLED model in October. This is clearly referring to the numerous hearsays of the alleged Nintendo Switch Pro, which has been circulating around for months.

While that may sound disheartening for those looking forward to a beefier and 4K-capable version of the device, keep in mind that this isn’t the first time that the company has denied the development of a new model. In fact, Nintendo previously insisted that it had no plans to introduce a new Switch variant before finally removing the drape off from the recently launched 7-inch OLED model.