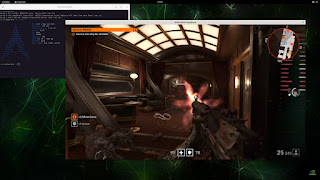 If you are a gamer or PC hardware enthusiast, you most probably are well-aware of what NVIDIA RTX technologies are all about especially real-time ray tracing. Aside from having the appropriate GeForce RTX graphics cards, you also generally need a capable x86-64 processor too in order to utilise them but NVIDIA is now working to bring the RTX tech to ARM-based processors as well.

At the ongoing Game Developers Conference, the company has unveiled two demonstrations of RTX on ARM including one that utilises Wolfenstein: Youngblood. According to NVIDIA, both demos were run on a system that is equipped with a MediaTek Kompanio 1200 processor and a GeForce RTX 3060 GPU.

NVIDIA pointed out that there were five key RTX technologies that were being showcased in these demos including DLSS as well as RTX Direct Illumination, RTX Global Illumination, RTX Memory Utility, and NVIDIA Optix AI-Acceleration Denoiser. However, the company noted that MachineGames and Bethesda Softworks have no plans to put out the ARM version of Wolfenstein: Youngblood that was used for the demo as a commercial release though.

Considering that the Kompanio 1200 is essentially a Chromebook processor, what NVIDIA is trying to achieve here is indeed pretty interesting as it may lead to a future whereby an ARM-based device could become a decent gaming PC. That could be a fairly fruitful future for NVIDIA beyond its role as a GPU company since ARM is about to become a part of NVIDIA soon, although the acquisition deal has been met with resistance by a lot of parties including the UK government.