OnePlus Nord 2: The Next Chapter of The Brand’s Mid-Range Journey 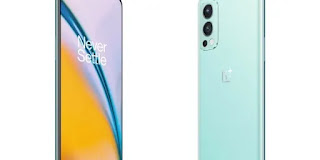 Following the company’s announcement earlier this month, OnePlus has officially unveiled its new mid-range offering, the OnePlus Nord 2. At a glance, the new model does not look so different from its predecessor but once you go through at least its specs sheet, there are plenty of things that set them apart.

For starters, OnePlus has ditched Qualcomm Snapdragon for the new model which is powered by the MediaTek Dimensity 1200-AI processor. OnePlus and MediaTek apparently have worked together to boost the AI capability of this chip while it also offers 65% faster CPU performance and 125% better GPU performance.

OnePlus has also decided to use the faster UFS3.1-based storage for 5G-capable Nord 2 although the phone still comes with LPDDR4X memory. We doubt that it is noticeable to most people but the dimension of the Nord 2’s display is slightly different at 6.43-inch as compared to the 6.44-inch display on the original Nord but it still features a Full HD+ 90Hz Fluid AMOLED panel just like its predecessor.

When it comes to photography, OnePlus has once again roped in Sony’s hardware into the picture as the main camera inside Nord 2 which has been equipped with a 50MP IMX766 sensor that is also being accompanied by an 8MP ultra-wide camera and 2MP mono lens. There is also another Sony sensor on the phone’s selfie camera in the form of the 32MP IMX615. 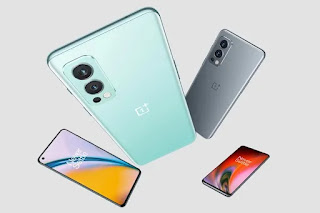 Completing the general specifications of the Nord 2 is a 4500mAh dual-cell battery that supports the company’s proprietary 65W Warp Charge technology. Through the tech, OnePlus claimed that the phone can be fully charged in just 30 minutes.

Pricewise, the OnePlus Nord 2 with 8GB/128GB setup goes for EUR399 (~RM1,988) in Europe while 12GB/256GB option costs EUR499 (~RM2,485). The price tag seemed rather hefty but we do expect the phone to be priced much lower in Malaysia although it is not yet known if OnePlus would bring it to our market anytime soon.

at August 01, 2021
Email ThisBlogThis!Share to TwitterShare to FacebookShare to Pinterest
Labels: Chapter, Journey, Mid-Range, Next, Nord2, of, OnePlus, The, TheBrand’s