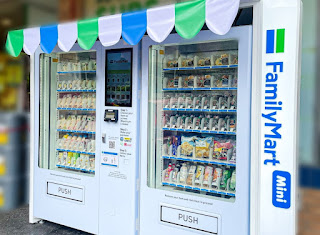 FamilyMart Malaysia has launched its first-ever smart kiosk which is called the FamilyMart Mini. Located at the Shell Karak Highway 2 in Gombak, the automated kiosk is already begun to serve customers recently.

FamilyMart Mini allows customers to purchase up to six items at one go, according to the pictures shared by FamilyMart Malaysia on its Facebook page. It is equipped with a large touch screen that displays the items that are available within the machine together with their price tag. 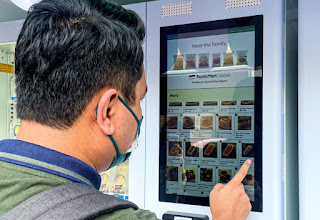 Based on the images shared by FamilyMart, it seemed that the items offered by the FamilyMart Mini at Shell Karak Highway 2 mainly consisted of the brand’s own food and drinks including onigiri, sandwiches, and bread. In terms of payment, the smart kiosk accepts credit and debit cards as well as selected e-wallets include Boost, GrabPay, Maybank QRPay, and Touch n Go eWallet. 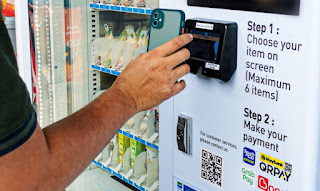 Truth be told, smart kiosks and advanced vending machines are nothing new in our market. In the context of convenience store companies such as FamilyMart that also sell self-branded products, it may act as a way to expand their footprint in a cost-effective manner as opposed to having a full-scale store. 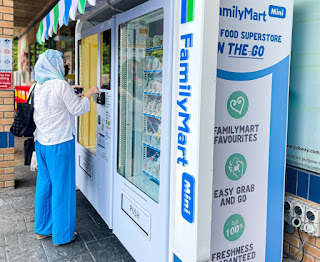 Meanwhile, FamilyMart Malaysia has yet to reveal the number of FamiyMart Mini that it plans to deploy. Given the reason we mentioned earlier though, we would not be surprised if it began to pop in other areas very soon though.
at September 05, 2021
Email ThisBlogThis!Share to TwitterShare to FacebookShare to Pinterest
Labels: FamilyMart, First, its, Kiosk, Malaysia, Out, Rolls, Smart