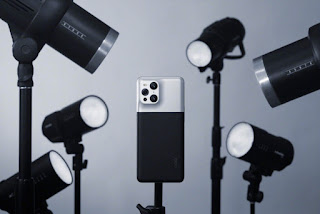 Not long after a live photo of the device was leaked online, OPPO earlier today has officially confirmed the existence of the Find X3 Pro Photographer Edition on Weibo. The limited edition smartphone is slated to launch in China on 16 September 2021.

Other than showcasing the phone’s vintage camera-inspired rear panel design through multiple images, the company did not provide much details regarding its specifications – sans its IP68 waterproof rating. However, it is speculated that the Photographer Edition will only differ in terms of visual appearance but retains the same specs as the original Find X3 Pro that was launched locally in April 2021. 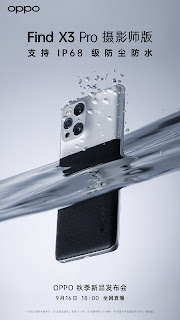 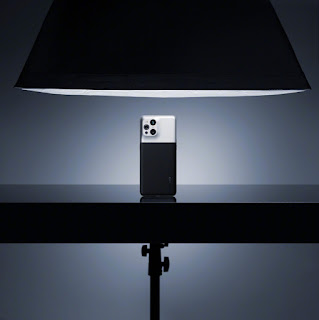 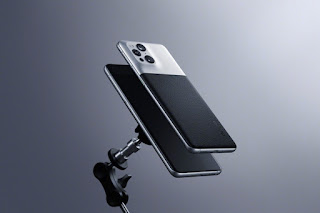 OPPO also revealed that the limited edition smartphone will be packaged together with several different accessories that are decked out in the same colour theme. These include a storage case, lanyard, a near-identical phone cover, a USB-A to USB-C cable, wall plug, SIM ejector pin, and what appears to be wired earphones. 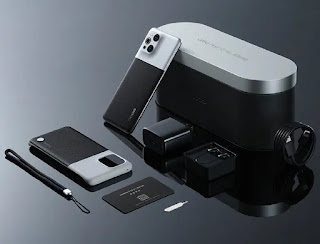 Interestingly enough, the Find X3 Pro Photographer Edition’s unveiling did not make any mention of the rumoured OPPO x Kodak collaboration. It is possible that rumours of the partnership may be inaccurate, or the company is actually saving the reveal as a surprise during the phone’s launch. On that note, other information such as its date of release and pricing is also expected to be announced this Thursday.
at September 14, 2021
Email ThisBlogThis!Share to TwitterShare to FacebookShare to Pinterest
Labels: Edition, Find, Officially, Oppo, Photographer, Pro, Unveils, X3