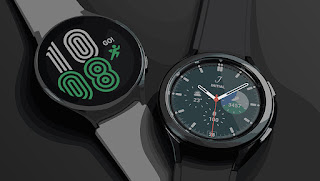 Already pre-ordered the new Galaxy Watch4? Well, you’ll be glad to know that Samsung has recently released a new Walkie-Talkie app for you to play around with when you receive the new smartwatch. As implied by its name, the app allows you to chat with a friend or two directly via the device a la Dick Tracy or a retro fictional super spy.

Communicating through the Walkie-Talkie app with another person isn’t that straightforward, however. You are first required to search for your recipient’s Galaxy Watch4 via Bluetooth and then pair with it by using a pin code – meaning that both you and your friend need to be in the same room or location in order to establish the connection and to communicate via the app. All new pairings will be added to the app’s contact list for ease of reference.

Once paired, simply hold down the microphone button to transmit your voice over to the other device. Meanwhile, all incoming transmissions on the receiving end will be displayed on the watch, also detailing the sender’s identity. Samsung recommends that your Galaxy Watch4 is connected to your smartphone when running the Walkie-Talkie app for the first time. After that, the feature can be used independently of your handset. There’s also the option to disable the app entirely if you do not wish to be disturbed. 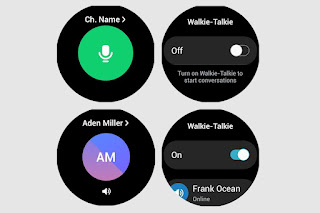 Unfortunately, the new Walkie-Talkie app does have one caveat. At this current time, the feature is only exclusively available for Galaxy Watch4 series, and so far there are no plans of introducing it to older Samsung wearables or other devices running on the new Wear OS platform.

That aside, a walkie-talkie app for short-range communication isn’t particularly new. In fact, the feature itself has been made available for the Apple Watch since 2018, although there were instances where the company mulled on taking it down due to potential privacy concerns. Hopefully such issues won’t be affecting Samsung’s version of the application down the line.