Super Nintendo World To Get Donkey Kong Expansion In 2024 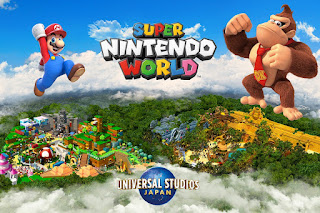 The Super Nintendo World area in the Universal Studios Japan theme park was opened earlier this year. As was reported last November, the section of the theme park will get a Donkey Kong expansion right next to the Mario-themed original area. Nintendo has since announced that the new area will be open sometime in 2024.

As is the usual theme park fare, the new Donkey Kong section will feature things like a roller coaster, themed merchanise, and food. But what really stands out is the area of “lush jungles where Donkey Kong and his friends live”. Overall, the new expansion will increase the Super Nintendo World area by 70%. 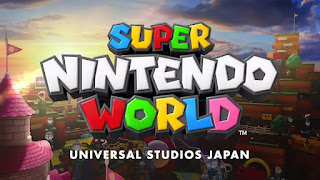 In the initial report, Bloomberg noted that the Mario section is a little on the small side. In retrospect, perhaps it wasn’t that small after all, or that the new location is even smaller, if the addition of a new area themed around another IP didn’t immediately double the size of Super Nintendo World.

But at any rate, it will be awhile before those outside of Osaka will be able to visit the place anyway. And it’s really up in the air right now as to whether the world will return to a time where travel is not quite so restricted first, or the expansion will be completed first.

at September 28, 2021
Email ThisBlogThis!Share to TwitterShare to FacebookShare to Pinterest
Labels: 2024, Donkey, Expansion, Get, in, Kong, Nintendo, Super, to, World