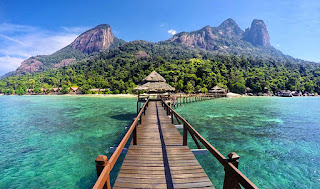 The tourism bubble for Tioman Island and Genting Highlands, which was previously announced to begin on 1 October 2021, has been placed on indefinite hold. This was confirmed by Tourism Pahang general manager Kamaruddin Ibrahim earlier today, during the implementation of SOPs in Tioman Island at the Teluk Gading ferry jetty terminal.

Kamaruddin said the decision was made during a recently held special meeting with the Malaysian National Security Council (MKN), which was chaired by prime minister Ismail Sabri. He further clarified that the reason behind this postponement is to give the government more time to achieve its goal of reaching a vaccination rate of 90% of the Malaysian adult population. 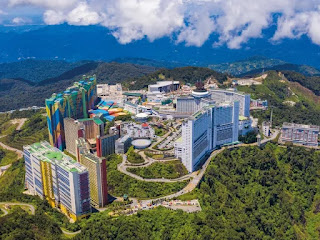 Until then, travelling to both Tioman Island and Genting Highlands will only be allowed for fully-vaccinated residents of Pahang from locations that have been declared to be under Phase 3 of the National Recovery Plan (PPN). Kamaruddin said that the reopening for both locations to those outside of the state is expected to be officially announced by the prime minister at a later time.

“This may take another two or three more weeks, or whenever the vaccination rate of the country’s adult population has reached 90%,” he added. “For the out-of-state tourists who have already made reservations, we ask that they contact the tourism operators for advice, either to postpone their trip or otherwise.” 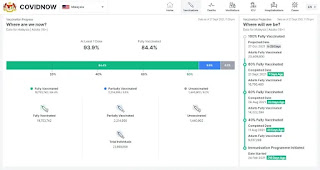 At this time, the total percentage of fully-vaccinated adult individuals in the country is currently at 60.6% as of 27 September 2021, according to the Ministry of Health’s COVIDNOW website. As reported last week, the government believes that the goal can be met in another two weeks or so.
at September 28, 2021
Email ThisBlogThis!Share to TwitterShare to FacebookShare to Pinterest
Labels: and, Bubble, for, GentingHighlands, Hold, Indefinitely, on, Put, Tioman Island, Tourism