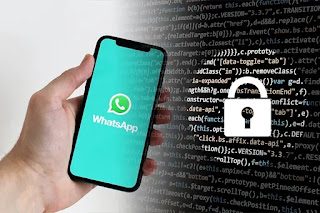 While WhatsApp already implements end-to-end encryption for chats since 2014, it appears that the privacy feature will soon be extended to cloud backups as well. WABetaInfo reports that the Facebook-owned private messaging platform is finally testing encrypted backups in the latest beta version on its app, months after it was first discovered in March this year.

Beta users who choose to opt-in will have all their chat backups encrypted, whether it’s to Google Drive or Apple iCloud. By doing so, its worth noting that WhatsApp will prompt you to create a separate password to restore the backups. Alternatively, you can also rely on a generated 64-digit encryption key, which you’ll have to safely keep somewhere. According to WABetaInfo, neither of these security measurements will be shared with WhatsApp, Facebook, Google or Apple. 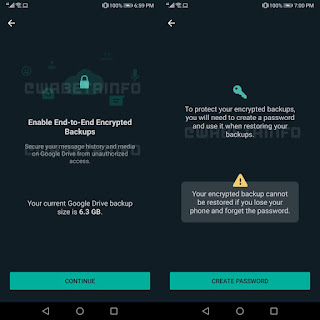 Much like anything else that are password protected, losing your password or the aforementioned encryption key will result in the backups to be locked away permanently. Nevertheless, those willing to take the risk will be assured that their chat history will be safe from prying eyes, even if law enforcement compels cloud service providers to provide access to your cloud backups.

The introduction of encrypted chat backup arrives just in time with WhatsApp’s upcoming rollout for its multi-device support, which allows users to use the app independently from their main phone. So far, there’s been no news yet on when exactly either of these features will be released to the general public. But when they do, using the versatile platform will be easier and more secure than ever.

at September 14, 2021
Email ThisBlogThis!Share to TwitterShare to FacebookShare to Pinterest
Labels: Backups, Beta, Cloud, Encryption, for, Out, Rolls, Whatsapp