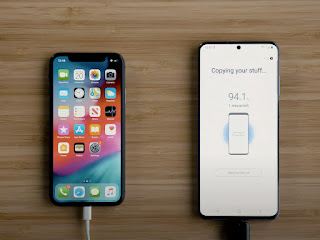 WhatsApp has officially rolled out its new chat history transfer feature to a longer list of Samsung phones. The feature allows users to transfer their account’s data from iOS to any Samsung smartphone running Android 10 or higher, but still not the other way around. The tool had previously been announced last month but the messaging app said that it would initially only be available for two phones, the Samsung Galaxy Z Fold3 and the Z Flip3.

The migration feature allows you to transfer your account information, profile photo, individual chats, group chats, chat history, media and settings. However, the transfer does not include your call history, display name, or peer-to-peer payment messages. Instead of backing up and migrating to the cloud, migrating your WhatsApp data from an iPhone to an Android phone requires a physical connection using a Type-C to Lightning cable, and you’re allowed to use adaptors if you don’t have this. 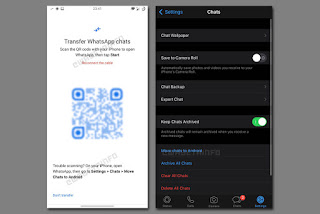 To migrate from iOS, you first need to reset your Samsung phone to factory settings, especially if you’ve been using it for a while. Then, you need to connect the two phones using the aforementioned cable and open up Samsung’s SmartSwitch app. Scan the QR code using your iPhone and the general data migration should start. Make sure you log in WhatsApp on your Samsung using the same number as the one on your iPhone. Once you’re done, just confirm the import, then boom, you should see your chat history appearing on your new phone. Take note that your old device will still have your data unless you wipe it or delete WhatsApp.

This implementation has been in the works for a few months now, when WABetaInfo sighted a “Move chats to Android” tool in one of the betas. Before this, there has been no official way of migrating between the two operating systems. There are third-party apps that can do this but they can be very expensive and may not be worth it for one-time use. WhatsApp says that the feature will be made available to more Android phones soon, but still no word on whether Android to iPhone transfers will also be supported in the near future.