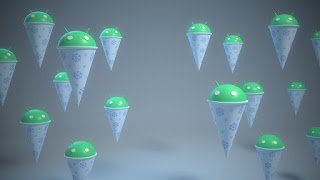 Back when Android 12 was still in its developer preview stages, we saw reports of the Google mobile OS being referred to as Snow Cone. We took it as simply being its internal reference name, rather than a public one like the older Android versions. But with its release to the Android Open Source Project (AOSP), Android’s VP of Engineering Dave Burke shared the name on Twitter, alongside an appropriate image of the OS mascot.

It’s a nice thing to see for users who were fans of the dessert names. It’s also unusual that the name used for internal reference is kept all the way to its release. After all, before Android 7 was released with the name Nougat, it was known internally as New York Cheesecake.

That being said, the name Snow Cone will still likely not be part of the official Android 12 name. After all, the company stopped doing that with Android 10, which was just referred to as Q.

And with all that being said, it will be awhile before Android 12 actually becomes available on any phone. It’s just gotten its AOSP release, it will still be a few weeks before it even gets to Google Pixel devices. And it will be even later that the mobile OS comes to the devices of other brands.