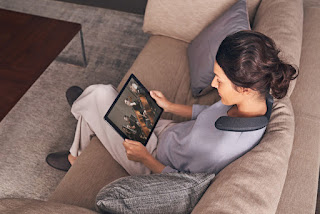 Sony has launched the SRS-NS7, the latest addition to its wireless neckband speaker series. According to its specs, the new device fits into the high-end category when compared to its sibling, the Sony SRS-NB10, which was unveiled earlier in July this year.

Like the aforementioned product, the new SRS-NS7 is also an IP4X-rated full range speaker that you can wear around your neck. What sets this particular model apart from its sibling is its larger X-Balanced speaker units, which emphasises on surround sound and clearer bass – giving you a more immersive experience when watching movies or listening to music.

If you happen to own Sony’s Bravia XR TVs, you can take the wireless neckband speaker’s audio output capabilities a notch higher. Introduced alongside the SRS-NS7 is the WLA-NS7 Bluetooth transmitter, which is capable of transmitting low latency Dolby Atmos 360 spatial audio from the TV to the wearable speaker. The transmitter is sold separately and is only compatible with Bravia XR TVs. 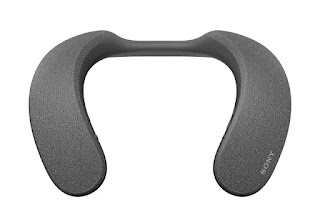 Other than that, the Sony SRS-NS7 also comes with built-in microphones which enables you to use it for voice or video conference calls. Since it relies on Bluetooth 5.0 connectivity, the wearable speaker can also be connected to other compatible devices such as smartphones, PCs, and so on. There’s also a multi-pair capability which allows you to connect the SRS-NS7 to two different devices at once. 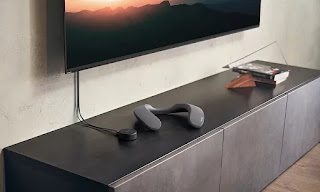 In terms of battery life, Sony says the wearable speaker can last up to 12 hours of playback on a single charge. It also comes with 7.5W fast-charging capability via USB-C, which is claimed to top-up an hour’s worth of use in just 10 minutes.
The new Sony SRS-NS7 wireless neckband speaker and the WLA-NS7 Bluetooth transmitter are priced at RM1,249 and RM269 respectively. In terms of local availability, both devices are expected to arrive in Malaysia by January of next year. Meanwhile, the smaller SRS-NB7 will retail at RM599 and is also slated to be available locally at the same time as its high-end sibling.
at October 08, 2021
Email ThisBlogThis!Share to TwitterShare to FacebookShare to Pinterest
Labels: Arriving, in, January, Malaysia, Neckband, Sony, Speaker, SRS-NS7, This, Wireless