Last week, we saw news of Sega CEO Haruki Satomi contemplating not taking the dive into the NFT pool. In a December management meeting the company head said the company will not proceed if it was seen as simple money-making. But it seems that the company filed for trademarks of its own NFTs in the same month.

The company has filed for its own NFT trademarks with the Japan Patent Office in late December 2021. The filing was published this week, with one reading simply Sega NFT, and another which reads Sega Classics NFT Collection. 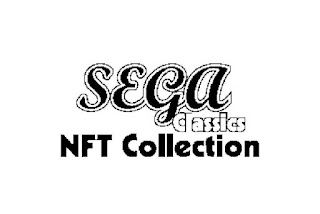 The first of the two seems pretty plain and generic, for lack of a better description. Though the latter indicates that Sega has plans for something that’s along the lines of what Konami did with Castlevania and its 35th anniversary.

This revelation is by no means shocking. But it suggest that Sega will still push ahead with its NFT plans, and only backtrack when that faces backlash. Which is baffling considering the already significant backlash that other companies have gotten. Or maybe it is tempted by the fact that Square Enix had its share price go up desptie gamer backlash.