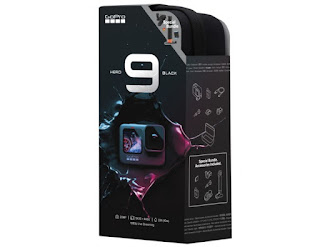 Introduced to the world back in September, the GoPro Hero9 Black was released in Malaysia at the same time as per its global launch. If you didn’t pull the trigger back then but still have the action camera on your mind, then you may want to take note of the on-going GoPro Hero9 Black Bundle promotion.
Aside from the 20MP action camera itself which can record videos at up to 5K resolution at 30fps or 4K resolution if you choose 60fps, the bundle includes a floating hand grip which also known as The Handler. It also comes with a magnetic swivel clip, an additional battery (that means there are two GoPro batteries in this bundle), and 32GB microSD card. 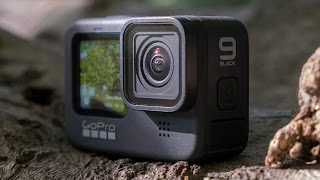 Usually, the GoPro Hero9 Black Special Bundle is being priced at RM 2599. However, it can now be obtained for RM 2099 through the promo which is the same price as a stand-alone unit of the camera when it was launched back in September.

In a way, this promo generally expands the value of the money that you are paying for the action camera. So, do make sure that you asked for this promo bundle from the retailer if you are planning to purchase the GoPro Hero9 Black anytime soon.

at November 21, 2020
Email ThisBlogThis!Share to TwitterShare to FacebookShare to Pinterest
Labels: GoPro