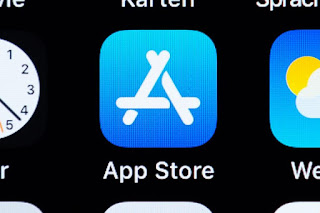 Apple has announced a reduction to the cut it takes from the App Store to 15% for smaller businesses. This comes as part of the App Store Small Business Program, which will start on 1 January 2021.
The basic idea here is that if a dev makes less than US$1 million (~RM4.09 million) a year, Apple will reduce their commission rate to 15%. But if in that calendar year the dev’s revenue surpasses the US$1 million mark, the cut goes back up to 30% until the next calendar year.

The company says that the finer details will be released next month in December. But for now, the Apple App Store Small Business Program is pretty straight forward. It’s a pretty substantial change, though it’s certainly not the first of its kind. Steam, for instance, reduced its commission from 30% to 20% if a dev makes more than US$50 million (~RM204.63 million). So in comparison, Apple’s deal looks to be the better one.

But at the same time, it would not likely be a benefit that applies to Apple’s biggest detractors. After all, many of the members of the Coalition for App Fairness are large scale companies that make easily more than US$1 million a year.

at November 20, 2020
Email ThisBlogThis!Share to TwitterShare to FacebookShare to Pinterest
Labels: Apple