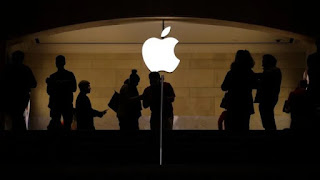 Apple is well known for its extreme protectiveness of its products. So naturally, when a security company made it possible to emulate iOS, the company filed suit. But surprisingly, a US District Judge has ruled against the iPhone maker.
Reuters reports that Judge Rodney Smith ruled in favour of Corellium, the security startup in question. He said that the iOS emulation amounted to “fair use” because it was “transformative”. While these terms are more commonly heard in the YouTube content creation sphere these days, it also applies here as Smith says it helps developers find security flaws.

According to the report, the suit had Apple accuse the emulating of iOS by Corellium as having the “sole function” of running the operating system on non-Apple hardware. The claim also argued that Corellium sold its product indiscriminately, including potentially to hackers. Both of which were rejected by Smith.

That being said, Smith said Apple can still pursue a separate claim of Corellium circumventing its security measures to create the iOS emulation. In any case, it’s pretty rare to see a smaller company standing its legal ground against a larger company. Particularly one as large as Apple which, incidentally, previously attempted to acquire Corellium.

at December 30, 2020
Email ThisBlogThis!Share to TwitterShare to FacebookShare to Pinterest
Labels: Apple