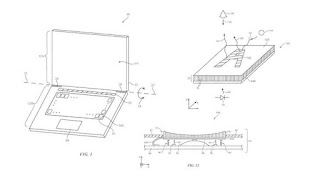 Most of us are likely familiar with the US layout of keyboards. Though, if you’ve had the misfortune of using a keyboard with a different layout, you’ll probably understand the frustration of having keys with prints that don’t match the actual character you get when you press them. And this can be especially problematic if you get a laptop with the wrong layout. But Apple has a patent that could potentially solve this.
The patent that was recently awarded to Apple depicts the inclusion of a display panel on each keyboard keycap. This allows it to change the “print” on each keycap to reflect the character it will input when pressed. On one hand, those that benefit from this may be limited to those who type in multiple languages. But on the other, this will eliminate the issue of getting a laptop with the wrong keyboard layout. 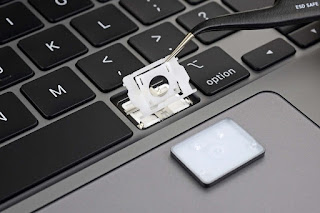 But as with all patents, it remains to be seen if Apple will be doing anything with it. The incentive to do so is probably there, letting the company spend less on making MacBooks with different keyboard layouts.

at December 30, 2020
Email ThisBlogThis!Share to TwitterShare to FacebookShare to Pinterest
Labels: Apple