Caviar Golden Rock PlayStation 5 Is Made From 20kg of Gold 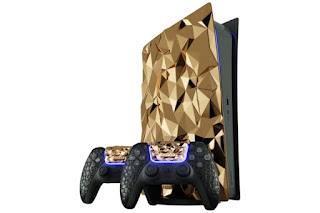 Over the years, we have seen plenty of bonkers releases from Caviar including iPhones that have a piece of Steve Job’s turtleneck shirt in them. The famed Russian jeweller recently has revealed their first batch of products for 2021 which also includes PlayStation 5.
Announced alongside the gold-laden AirPods Max, the company has implemented custom texturized faceplates on the PS5 that were apparently inspired by the outlines of rocks. In typical Caviar’s fashion, what made the Golden Rock PS5 rather outrageous is the fact that the faceplates were made from 20kg of 750/18K gold which roughly costs around RM 3.66 million*. 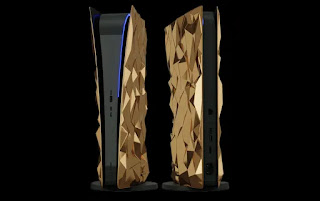 That amount alone would get you 1590 units of the standard PS5 or 1956 units if you prefer the Digital Edition model. Even if you choose to pay scalper-level pricing of RM 4000, you would still end up with more than 900 consoles.

To accompany the console, Caviar has also customized a pair of DualSense controllers for the PS5 with matching gold inserts as well as crocodile leather. The company didn’t reveal the actual pricing of its custom PS5 but judging by the pricing of its raw material alone, we have all the reason to believe that the Golden Rock is the most expensive PS5 in the world for the time being. 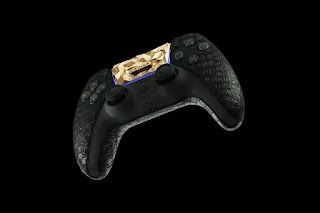 Meanwhile, we do wonder if Caviar’s Golden Rock PS5 will draw the wrath of Sony since the console technically comes with custom faceplates. Then again, it is also quite likely that the Russian jeweller has enough resources to defend itself against any legal challenge from the console maker.