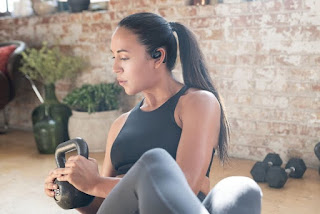 Bose should be a familiar name for those who are interested in audio products. The company has a new pair of TWS buds called the Sport Open Earbuds. They’re called that, but they’re not actually buds, strictly speaking anyway.
Instead, these wireless headphones sit above your ear canal, rather than over or inside it. If you have large ears, this means the Sport Open Earbuds cover only half of your ear canal. Holding them in place is the more traditional-looking earhooks. Bose claims this will allow users to listen to your songs and your training partner at the same time. 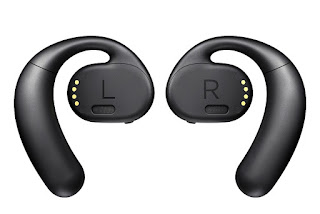 These Bose Sport Open Earbus weigh 14 grams each. They also have eight hours of battery life, and they come with an IPX4 rating for sweat resistance. They connect to your phone via Bluetooth 5.1, and you can control them directly via push combinations on the right piece. Oddly enough, the company says these headphones come with a carrying case and a charging base.

And finally, Bose says the Sport Open Earbuds are priced at US$199.95. They are available for pre-order now, and will be available in mid January. Though the company did not provide any specific details for the local market just yet.