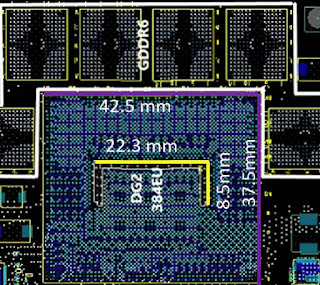 While Intel’s Xe discrete graphics are now technically out and about in the form of Iris Xe MAX, the world is still lacking detail about its full-fledged graphics, the Xe DG2. Recently though, popular leakster site, Videocardz, managed to unearth some data about the GPU, and straight from Intel itself.
The data was found and compiled from a drivers list, which again, was shared by Intel itself. In addition to the ID listing of the Xe DG2 GPU, the 100.9126 GPU driver actually lists a second “DG2 128”, basically confirming that the company is planning on releasing two variants of the card.

To be clear, this isn’t the first time that a DG2 with 128 Execution Units (EUs) has been mentioned. it’s been mentioned several times in the past, along with the DG2 with 512 EUs, and has even appeared on benchmark site, Geekbench.

Getting back to the DG2 with 512 EUs, its performance metrics are still very much shrouded in mystery; it’s still unclear how Intel’s discrete GPU will hold up against the two industry giants, NVIDIA and AMD, and their respective GeForce RTX 30 series and RDNA2-powered Radeon RX 6000 series graphics cards. 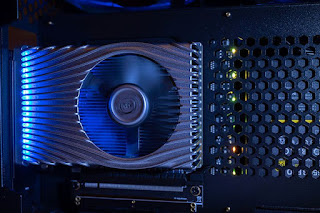 What we do know about Intel’s Xe DG2 is that, much like its parent company’s CPUs, the GPU will be based on the 10nm SuperFin process node, making Intel the second company after AMD to design manufacture both its CPU and GPU off similar die lithography.
at January 06, 2021
Email ThisBlogThis!Share to TwitterShare to FacebookShare to Pinterest
Labels: Intel, Xe Dg2