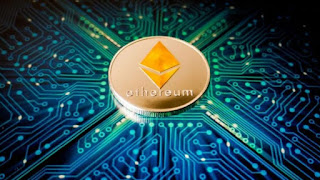 Ethereum’s value recently saw a surge in the cryptocurrency market. At the time of publication, the alternative currency to Bitcoin is currently worth an average of RM4500, from its lowest average of RM2230 back in December 2020, and still climbing.
The alternative currency has become the second cryptocurrency to see its value hit a new milestone in its value after Bitcoin, which also saw its value rise exponentially in the last month, from an average of RM74000 to nearly RM144000, at the time of writing.
With respect to the latter point, this isn’t the first time Bitcoin has seen a dramatic surge in its value. Back at the end of 2017, the cryptocurrency’s value peaked at the RM80000, before it took a plunge and hovered between RM20000 and RM50000 for a couple of years.

While the surge in Ethereum is a good thing for those of us who are invested in it, financial analysts aren’t as surprised by the sudden rising tide in its value. One analyst said to Bloomberg that the move is tied to Bitcoin’s large rally and its profits rotation by investors.

Naturally, there are sceptics that believe the value bubble on both cryptocurrencies will burst sooner or later, and given the past trends, it isn’t wrong to say that some of us are inclined to believe that prediction. The only answer to the question, however, is when exactly that will happen.

at January 06, 2021
Email ThisBlogThis!Share to TwitterShare to FacebookShare to Pinterest
Labels: cryptocurrency, Ethereum