iFixit Tears Down Apple AirPods Max; Rates Them 6 In Repairability 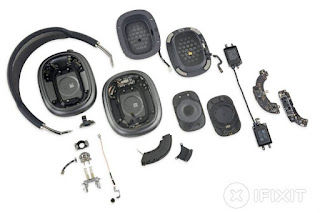 The Apple AirPods Max is the iPhone maker’s latest audio product, which is a pair of headphones as opposed to its usual ear buds. As usual, the folks at iFixit proceeded to give the new item the teardown treatment. And they have found them “quite serviceable”, provided you have the tools for it.
iFixit notes that Apple has decided to use more screws rather than the usual glue and solder fest with the AirPods Max. This lets both the battery and the Lightning port be more easily accessed. Which is great, because these are the two most common components that go whenever something feels wrong. That being said, the company still employs Torx screws rather than the more common flat of Philips ones. 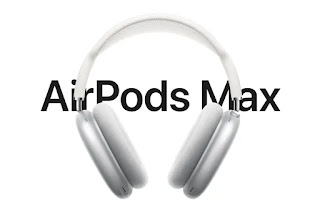 The X-ray images of the Apple AirPods Max does show an interesting design to it though. It has two battery cells, both of which are on the right earcup. On the left, rather than any sort of counterweight, there’s instead a big antenna. Which, as iFixit says, weights next to nothing.

Overall, iFixit awards the Apple AirPods Max with a repairability score of 6/10. Despite the need for specialised tools, the process of tearing them down is at the very least possible without breaking anything in the process. It’s also the first AirPods product to get a non-zero score, which is saying something.

at January 20, 2021
Email ThisBlogThis!Share to TwitterShare to FacebookShare to Pinterest
Labels: Apple AirPods Max, iFixit, Rates 6 In Repairability, Tears Down