Intel To Discontinue 300-Series Chipset; Production To End By July 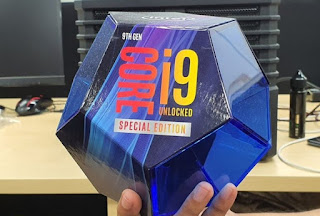 Intel has announced that it is discontinuing the production of its 300-series chipset and along with it, the corresponding motherboards. The lineup includes the H310, H370, Z370, and Z390.
According to sources, production of the chipset will end by July this year, but the sales of its motherboards, as well as its mobile chipsets, will only come to a halt by January 2022. Intel’s decision isn’t all too surprising and par for the course. Last year, the chipmaker officially discontinued the production of its 8th generation Coffee Lake CPUs back in June 2020.
That isn’t to say that the company hasn’t abruptly pulled the plug on its product line before, the most recent being its 9th generation Coffee Lake refresh line, which gave the world the still powerful Core i9-9900K and its follow-up, the 9900KS.

The discontinuation is also a way for Intel to move forward with its next-generation chipsets. As it stands, the Blue team is playing a desperate game of catch up to its rival, AMD, and with its upcoming 500-Series chipset, it will finally be able to offer its customers access to PCIe 4.0, a features that its rival introduced to the world with the launch of its Ryzen 3000 series desktop CPUs and own AM4 500-series chipset.

Moreover, the new 500-Series chipset will introduce a new LGA1700 socket, which will officially replace the current LGA1200 socket currently in use by its Comet Lake-S CPUs.