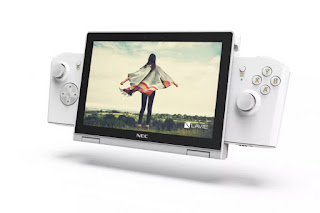 One of the more interesting items we saw during last year’s CES was the Alienware Concept UFO. Lenovo has its own take, called the Lavie Mini, which it announced during this year’s edition of the event. And it’s broadly the same idea behind its inception too from the looks of it.
The Lenovo LaVie Mini is a concept laptop and portable gaming console hybrid, much like the Alienware from last year. It features an 8-inch Full HD touchscreen with an 11th-gen Intel processor and Xe graphics. Though what it has going for it is a built in keyboard that can be folded away to the back. There’s no touch pad here, but in its place is an optical touch sensor. 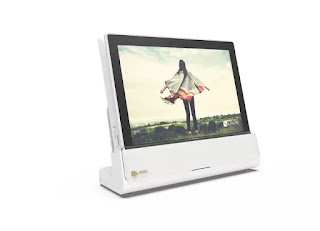 But the thing that makes it a gaming console hybrid are its accessories. Specifically, the Lenovo LaVie Mini has controller attachments akin to the Nintendo Switch Joy-Cons. Another, more on-the-nose accessory is a dock accessory.

It’s worth pointing out at this point that the Lenovo MaVie Mini is a concept, which means it may not ultimately be on store shelves. Which isn’t really surprising, since the same can be said of the one by Alienware. Another thing that could keep it from being widely available is the fact that it is a LaVie device. The name usually accompanies products made in partnership with NEC, and are usually limited in availability.