Man transforms himself into ‘black alien’ by havin, lips removed 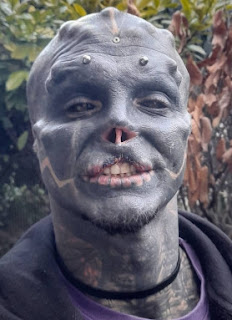 A MAN has transformed himself into a 'black alien' by having his upper lip REMOVED after cutting off his nose and splitting his tongue.Anthony Loffredo, 32, has also covered himself in tattoos and piercings to make himself look like a real-life alien. 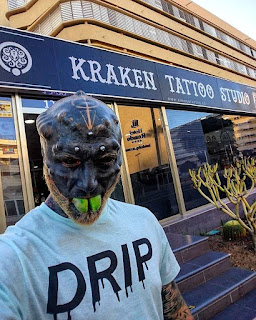 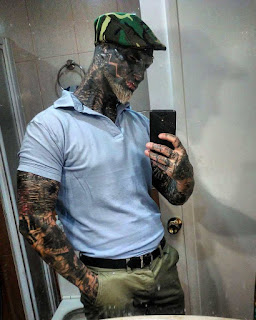 The Frenchman has documented his transformation, which he has dubbed the Black Alien Project, with pictures posted to his thousands of followers on Instagram.An image published earlier this month showed Loffredo without an upper lip, a change which he said has made it harder for him to speak.It comes just months after he travelled to Spain to have his nose surgically removed.He visited Barcelona-based modifier Oscar Marquez to undergo the procedure, since it is illegal in his native country.The extreme surgeon carried out the surgery known as a “rhinotomy” - which has left Anthony with a gaping hole in his face.Posting about the experience, Loffredo wrote: "Thank you to you @oscarmarquezbodymod you will have marked my life ... now I can walk with my head high thanks to you I am proud of what we did together.”He also previously had both of his ears surgically removed in order to look more extra-terrestrial, and risked tongue-splitting, which involves cutting the muscular organ in two with a scalpel. 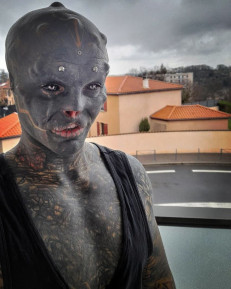 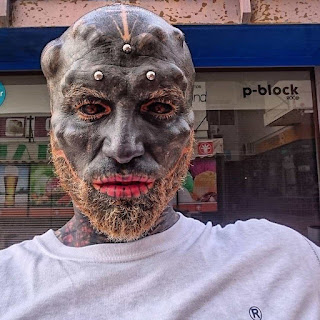 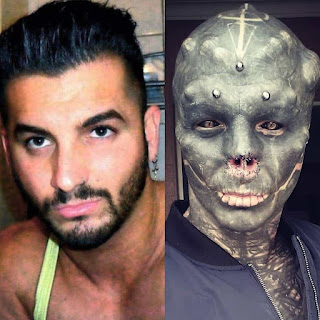 at January 27, 2021
Email ThisBlogThis!Share to TwitterShare to FacebookShare to Pinterest
Labels: Blackalien, Himself, lipsremoved, Man, Transforms