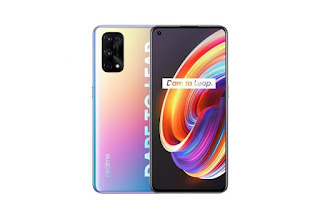 Following last week’s announcement, realme Malaysia has finally launched the X7 Pro 5G. And as it has done with prior models, the company is bringing in only the top-of-the-line configuration of the device to the country.
In terms of specs, basically everything the phone had when it launched in its home country remains true here. The realme X7 Pro 5G indeed has a 6.55-inch AMOLED 120Hz Full HD+ display with a 240Hz touch sampling rate. On the inside, it comes with the MediaTek Dimensity 1000 Plus chipset, and a 4500mAh battery that supports 65W charging.

We also get a full breakdown of what the quad-camera setup consists of now. Beyond the 64MP main shooter, there’s also the 8MP wide-angle camera, the 2MP monochrome portrait and 2MP macro lenses. The front-facing camera is the 32MP unit sitting in the punch-hole cutout.

As mentioned earlier, realme Malaysia isn’t bringing in every possible configuration of the X7 Pro 5G. Instead, you will only get the option to buy the 8GB + 256GB model. And this will be priced at RM1999. It will be available starting midnight of 2 February 2021, via the company’s official store on Shopee. Get it early and the company will be throwing in a RM50 discount. The Shopee link is naturally not live yet, but will be so come 2 February.