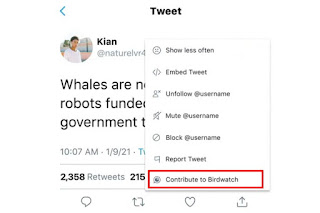 Twitter has just launched a community-driven initiative to combat misinformation called Birdwatch. It’s currently limited to the US in its pilot stage, but the gist is that ordinary users will be able to add contextual notes to tweets spreading falsehoods.
For now, these notes can be only be viewed on a separate Birdwatch site, where pilot participants can rate the helpfulness of notes posted by fellow contributors. Eventually, these notes will appear directly on the tweets themselves. 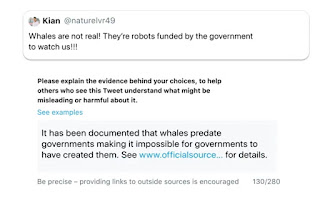 Mindful of possible criticism for subterfuge, Twitter is opting for transparency right out the gate, promising that all data contributed to Birdwatch would be publicly available and downloadable. The company also said it intends to publicly release the source code for Birdwatch’s algorithms.

Twitter has been a lightning rod for controversy in the US as some said that it’s not doing enough to fight blatant falsehoods while there is also another side of the crowd that said that the social network is censoring legitimate political speech. In a way, Birdwatch might be Twitter’s attempt at mollifying all parties by passing the moderation responsibility directly to its users.

Citing interviews it conducted with individuals across the political spectrum, Twitter said:

“…people valued notes being in the community’s voice (rather than that of Twitter or a central authority) and appreciated that notes provided useful context to help them better understand and evaluate a Tweet (rather than focusing on labelling content as “true” or “false”). Our goal is to build Birdwatch in the open and have it shaped by the Twitter community.”

Birdwatch may seem especially timely, coming after the platform’s ban of former US president Trump due to the violent US Capitol riots although Twitter has apparently been working on this project since at least last year.

Given how Twitter has outsourced a lot of its moderation tasks to workers outside the US, it will be interesting to see how Birdwatch fits into the existing system.