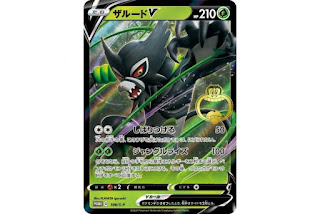 Pokemon is still quite the dominant name in the realm of trading card games (TGC). No surprise that there’s demand for rare and exclusive cards. And someone has just gotten arrested for forging his way to getting a number of them. This comes just after yesterday’s report of someone making money off of modded game footage.
The Japan Times reports that someone forged 25 ice cream sticks in order to “win” an exclusive Pokemon card. This stems from a promotional contest that Japanese confectioner Akagi Nyugyo held last year. Customers will have to eat a particular kind of ice cream until they got a special stick that says “You win a Gari-Pokemon card”. You then send the stick back to the company to get the card.
The card itself is a limited edition card of Zarude, which serves as a tie in for the film it’s featured in, Secrets of the Jungle. Due to its exclusivity, it’s extremely expensive. According to GameRant, the card itself has a going price of above JPY30000 (~RM1165). The winning ice cream sticks go for about the same price. That being said, there are normal versions of the card without the ice cream company’s stamp. 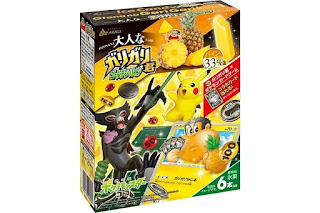 If you’ve seen such promotions locally, you’ll know these winning sticks are extremely rare. In fact, and older report by PokeGuardian states that someone bought 41 boxes to get one winning ice cream stick. And each box has six ice creams, for a total of 246 ice creams. So it’s easy to imagine the ice cream company getting suspicious when a single person sends in 25 winning sticks.

For the company’s part, GameRant reports that it has long since warned customers about buying the winning sticks online. For one, they are sold at ludicrous prices. Then there’s the fact that each box of six ice creams involved in the contest costs costs only JPY350 (~RM13.60) Naturally, don’t resort to criminal acts for a sake of a card.