This Is The S Pen for Samsung Galaxy S21 Ultra: To Be Available As Optional Accessory 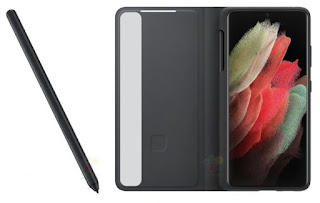 Just hours after Samsung revealed the date for its first Unpacked event of 2021, yet another major leak of Galaxy S21 Series has made its way online. Once again, the leak which revolves around the S Pen for Galaxy S21 Ultra is courtesy of the prominent leaker Roland Quandt from the German tech site, WinFuture.
For starters, Roland pointed out that the S Pen for Galaxy S21 Ultra will be released as an optional accessory instead of a standard component for the new flagship phone. In Europe, the stylus which apparently uses Wacom technology will be priced at around EUR 40 (~RM 197). 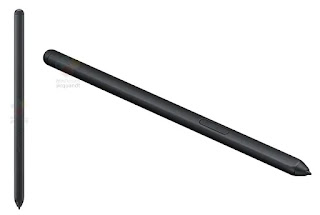 At a glance, the S Pen for Galaxy S21 Ultra looked closer to the one made for Galaxy Tab S7 instead of Galaxy Note20. The button on the stylus can apparently be used for presentation, video playback, and camera trigger while Roland also stated that the S Pen contained accelerometer that allows it to detect gestures.

In the same report, Roland has also leaked out a folding and silicone covers for the Galaxy S21 Ultra that include an integrated housing for the S Pen. The folding cover also comes with the LED View feature that allows users to take a glance at Galaxy S21 Ultra’s notification without the need to fully open the phone.

As opposed to the S Pen, the pricing information for these specialized covers was not revealed by Roland in his report. More information should be revealed during the Samsung Unpacked event on 14 January, so stay tuned.
at January 04, 2021
Email ThisBlogThis!Share to TwitterShare to FacebookShare to Pinterest
Labels: S21, Samsung Galaxy, Ultra