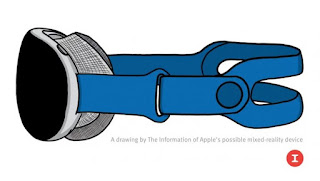 Last month, Bloomberg reported that Apple intends to have an expensive VR headset before moving on to its AR glasses. A new report indicates that it will indeed be very expensive. In fact, it may come with a price tag of around US$3000 (~RM12224).
The Information reports that the expensive headset will actually be a mixed-reality headset, with greater emphasis towards VR. Citing an unnamed source, the report states that the Apple headset will have over a dozen cameras tracking hand movements, and showing a video of the real world to the wearer. 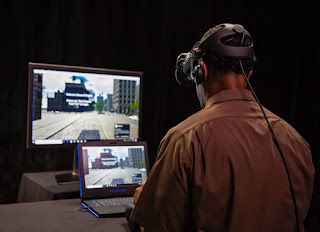 And the wearer will be seeing this through two 8K displays, which will be accompanied with advanced eye-tracking tech. The eye-tracking tech will allow the Apple headset to fully render the parts that the wearer is looking at. This means that bits in the user’s peripheral vision will be rendered at a lower quality, reducing its graphical processing needs.

If the report on the Apple mixed-reality headset is accurate, then it is indeed prohibitively expensive. This also suggests that it will not be something for the average consumer, but rather for businesses. Which means that it will be competing with the likes of Microsoft’s HoloLens and the Google Glass.