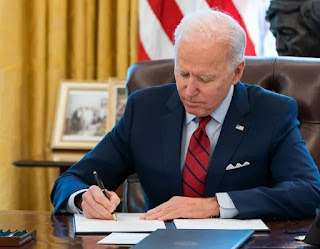 US President Joe Biden has signed an executive order to address the ongoing global chip shortage, Reuters said. Insufficient chips have begun to strangle the tech and automotive industries, leading to widespread alarm throughout the US government.

Biden’s executive order triggers a 100-day review of supply chains for four critical products: semiconductor chips, large-capacity batteries for electric vehicles, rare earth materials, and pharmaceuticals. The US president will also be pursuing US$37 billion (~RM149 billion) in funding to boost chip manufacturing in the country.

US industry groups, including chipmakers and carmakers, have pleaded for more investment in semiconductor manufacturing. In a recent letter addressed to Biden, they noted that the US share of global chip-making capacity fell from 37% in 1990 to just 12% today.

They blamed this decline on “substantial subsidies offered by the governments of our global competitors, which have placed the U.S. at a competitive disadvantage in attracting new fab construction.” In other words, they’re saying, China subsidises their chipmakers, you got to help us out too.

On a related note, former president Trump’s feud with China is at least partly to blame for the current chip shortage. Trump banned Huawei from buying chips made with US technology, prompting the Chinese company to hoard chips ahead of the ban, Reuters noted. 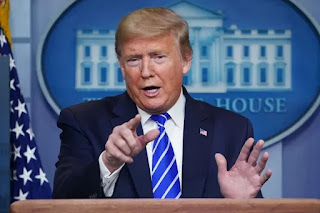 Trump also slapped sanctions on China’s top semiconductor manufacturer, SMIC, causing its customers look elsewhere for chips. Ultimately, this put even more strain on global supply as chipmakers struggled to contend with increased demand, on one hand, and decreased production (thanks to the pandemic) on the other.

The big question, of course, is whether Biden will take a less hardline approach towards China – it could go a long way in alleviating this crisis or preventing a repeat.