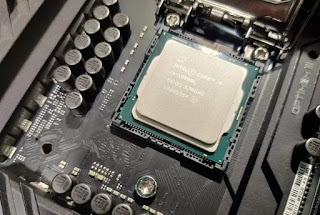 As more information and details about Intel’s 11th generation Rocket Lake-S CPU continues to spring out from its inconceivably rusty plumbing, the company itself has decided to give a small taste of its Core i9-11900K’s performance. Specifically, the performance of its chipset’s PCIe Gen4 storage.

The “sneak peek” was posted by Ryan Shrout, Chief Performance Strategist at Intel, and founder of PC Perspective. Shrout tweeted a screenshot detailing the 11900K’s PCIe 4.0 storage performance against an AMD Ryzen 9 5950X, with both CPUs using a 1TB Samsung 980 Pro M.2 NVMe SSD as their baseline.

As per the chart, the 11900K can be seen pulling ahead of its rival by approximately 11% on the PCMark 10 Quick System Drive benchmark, which is mildly impressive, depending on who you talk to. On one hand, the gains acquired does put it ahead of the competition, but not by a whole lot. On the other hand, this is a CPU based on an already archaic 14nm die lithography and more to the point, Intel has somehow managed to make it more potent than AMD’s own top-of-the-line 7nm Ryzen CPU.

Thanks to Shrout, we also know that the 11900K used in the test was paired with an ASUS ROG Maximus XIII Hero Z590 motherboard, 32GB DDR4-3200MHz RAM, and an NVIDIA GeForce RTX 3090 Founders Edition card. For the 5950X, aside from the ROG Crosshair VIII Hero motherboard, the rest of the components were identical to the Rocket Lake-S system.
at February 25, 2021
Email ThisBlogThis!Share to TwitterShare to FacebookShare to Pinterest
Labels: Corei9-11900K, Intel, PCIe4.0, SneakPeek, StoragePerformance