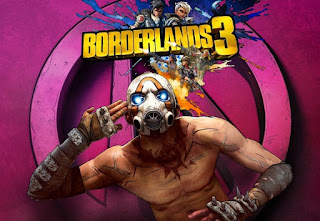 Developer Gearbox Studios, which is responsible for the highly popular Borderlands games, announced that it had been acquired by Swedish company Embracer Group. As described by Gearbox, the deal would give it access to capital, while allowing for a great deal of autonomy. Randy Pitchford, Gearbox’s famously outspoken CEO and founder, is set to remain as the company’s head.
“[Embracer Group CEO] Lars’s vision of Embracer as an allied partner group committed to fueling and accelerating the ambitions of a series of decentralised, successful entrepreneurial companies while magnifying the collective value and advantages of diversification across the entire group is the most brilliant strategy and design for short, medium, and long-term success in this industry that I have ever encountered in my 30 years in this industry,” said Pitchford.

The deal will see Embracer Group initially pay US$363 million (~RM1.5 billion) to Gearbox, with another US$1 billion (~RM4.1 billion) coming later if agreed-upon financial and operational targets are met in the next six years.

Speaking to VentureBeat, Pitchford suggested that other developers within the Embracer group could eventually work on the Borderlands franchise which is also being turned into a movie with actor Kevin Hart set to play one of the leads. As IGN noted, other developers under Embracer Group are known for titles like Metro Exodus, World War Z, and Dead Island.

“There are a lot of folks that would love to work on Gearbox IP, and Gearbox would love to help some of the Embracer Group games that might be stronger in other markets be published more effectively in North America,” he said.