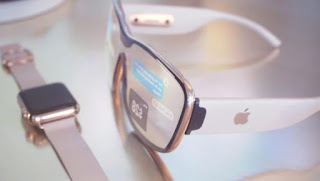 Just last month we saw reports of Apple planning to first make an expensive VR headset before its AR glasses. Now, an industry analyst has made interesting predictions regarding the matter. And it doesn’t exactly line up with what we’ve read before.
According to China Times, JPMorgan Chase analyst Yang Weilun predicts that Apple may release headsets with VR and AR tech. And this is expected to happen as early as the first quarter of 2022. Yang also predicts that the Apple headset will look similar to those made by other brands.

Other details regarding the upcoming headset include it having six lenses, and LiDAR capabilities. It’s as of yet still unclear what the six lenses are for. It could be the lenses that a user sees content through, or it could be the external camera lenses. LiDAR, on the other hand, is a lot more straightforward.

Overall though, this doesn’t line up perfectly with previous reports on the company’s plans for its VR headset and AR glasses. Those peg the Apple VR headset to be released in 2022, but the AR glasses to come in 2023 or later. The China Times report is also unclear if the headset it mentions refers to a single product, or two separate ones as with the Bloomberg report.