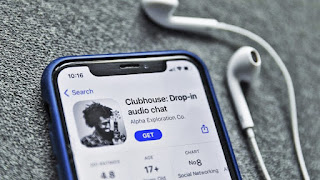 To download Clubhouse, users in China had to resort using non-local based Apple IDs. Because joining the app also requires an invitation, a black market for invitation codes had developed right before the ban. According to the NYT, the going rate went up to 300 yuan (~RM189) for one code.

Despite the ban, some China users are reportedly still able to access Clubhouse using a VPN. But searches for “Clubhouse” on Weibo were blocked and many posts on the local social media page discussing the app’s banning were quickly purged, the NYT and Reuters reported.

Launched just last year in the US, Clubhouse allows users to drop into and converse in audio-based chatrooms that disappear once conversations are over. Chinese users flocked to the app after billionaire tech mogul Elon Musk chatted with Robinhood CEO Vlad Tenev (see the Gamestop drama) using the platform. Musk apparently has quite the fandom in China.

Clubhouse joins the very long list of Western websites and apps banned in China, including Google, Facebook, and Twitter. Homegrown apps like Weibo and WeChat are subject to strict policing and monitoring by authorities. This intense censorship regime by the Chinese government is often referred to as the ‘Great Firewall of China’.