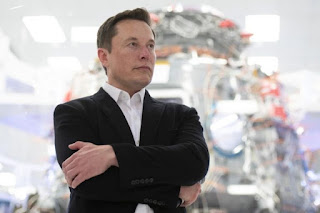 Billionaire tech mogul Elon Musk just asked Russian President Vladimir Putin to a chat on audio-based social app Clubhouse, and the Russian government isn’t ruling it out. The Kremlin is looking to hear more details of the proposed chat, however.

Musk, who is known (and arguably beloved) for his maverick moves, first tweeted in English at the official Twitter account of the Russian president, proposing a Clubhouse conversation. He then followed that up with a Russian tweet saying, “It would be a great honour to speak with you.”

Moscow’s response was non-committal, but crucially, not fully dismissive either. “In general, this is of course a very interesting proposal, but we need to understand what is meant, what is being proposed… first we need to check, then we will react,” said Kremlin spokesman Dmitry Peskov, according to Reuters.

As for the Clubhouse, the young app has been booming in part because of Musk. His popularity in China initially drove the app’s uptake in the country before it was blocked by authorities. Musk’s interview with Robinhood CEO Vlad Tenev (a man at the heart of the Gamestop drama) went viral across the Internet, and he could be looking to do the same with Putin.