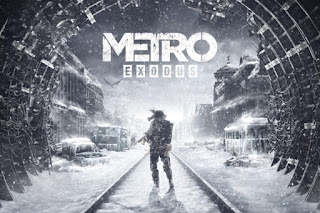 All existing Metro Exodus owners across the Epic Games Store, Steam, and GOG are set to receive the Metro Exodus PC Enhanced Edition for free. This was announced by developer 4A Games on its website, who has also discussed Metro Exodus for PlayStation 5 and Xbox Series X/S.
4A Games said that it has overhauled its proprietary game engine, aiming for a “fully Ray Traced experience” on high-end PCs and next-gen consoles. Hence, the developer emphasised that the Enhanced Edition won’t be a mere game patch.

On PC, the upgrade is said to be so extensive and significant that a GPU that is capable of performing ray tracing is part of the minimum system specifications required to play the Enhanced Edition.

See below for the full list of features that are coming to the Enhanced Edition and next-gen console versions: 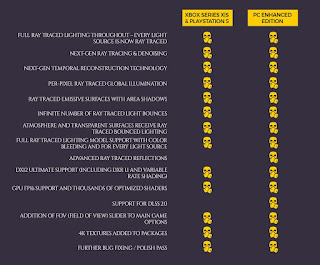 On Playstation 5 and Xbox Series X, 4A Games claimed that the game will run at 4K and 60 FPS with full ray traced lighting – very impressive, if true. For the Xbox Series S, the developer is targeting a more modest 1080p, but again with 60 FPS and glorious full ray tracing lighting.

In terms of availability, the Metro Exodus PC Enhanced Edition will be released “later this spring”, while the next-gen console versions will launch later this year. 4A Games has also pointed out that Metro Exodus for Mac will be available in March and Linux users can also get their hands on the game sometime this year as well.