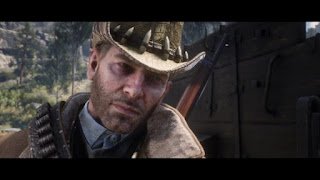 There are plenty of benefits to video games that a lot of people do not accept. Among the people who are usually resistant to the fact are those in the education line. And so it is really nice to see a university lecturer breaking the mould, and using video games in teaching. More specifically, he will be using the Red Dead Redemption series to teach American History.
Tore Olsson, a history lecturer at the University of Tennessee, announced on Twitter a new course using the games as material. It will be called Red Dead America, and will explore the history behind the Red Dead Redemption series, and the events that happen in the games. These range from the women’s suffrage to the privatisation of law enforcement.
Olsson explains that games like these are often not exactly historically accurate. That being said, they still do touch on the important issues of their era. Which validates the research that went through the process of making the game, minus the creative liberties to accommodate an interesting story. A similar argument can easily be made for the Assassin’s Creed series, especially where historical architecture is concerned.

Overall, it’s nice to see that video games are getting more and more recognition as beneficial elements in people’s lives. That being said, you’ll still have to choose wisely if you’re looking for a video game to teach you things. For example, you shouldn’t rely too much on Ghost of Tsushima for historical accuracy regarding the Mongol invasion of Japan.