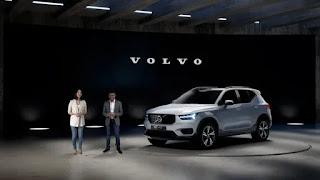 Volvo Malaysia has officially launched the PHEV (Plug-in Hybrid Electric Vehicle) variant of its XC40 T5 R-Design. The new SUV is part of the automotive company’s Recharge line, which consists of electrified (full or hybrid) versions of its existing vehicles such as the V60 and XC90.

The XC40 Recharge T5 R-Design is built on Volvo’s Compact Modular Architecture (CMA) platform, featuring the company’s first-ever 1.5 litre turbocharged three-cylinder engine Drive-E powertrain. It is capable of producing a combined output of 262 hp and 425 Nm of torque, with an added 82 hp and 160 Nm torque via its electric motor, which is mounted to its seven-speed dual-clutch automatic gearbox that’s powering the SUV’s front wheels.

Volvo claims that XC40 Recharge T5 is able to hit 0 to 100km/h in just 7.3 seconds, and comes with a top speed that is capped at 180km/h – in line with the company’s new initiative. For those unfamiliar, Volvo announced its Vision 2020 programme in March of last year with the aim to set a universal speed limit across all of its upcoming vehicles in order to promote safe driving. Like most of the company’s recent launches in Malaysia, the XC40 Recharge T5 is locally-assembled at its assembly plant located in Shah Alam. 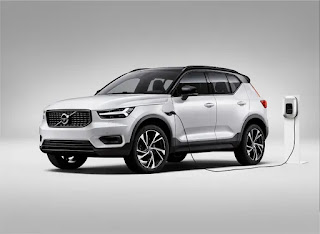 Feature-wise, you can expect the new SUV to sport the same connectivity and infotainment technology via the company’s Sensus Connect sytem that has been featured in modern vehicles released by the company. Also not forgetting Volvo’s main focus and selling point which is safety features, where the XC40 Recharge T5 comes with a slew of helpful functions such as Pilot Assist system, City Safety, Run-off Road protection and mitigation, as well as Cross Traffic alert with brake support. There’s also five different drive modes available on the SUV, including Hybrid (which is set as default), Pure, Off-road, Power, and Individual. 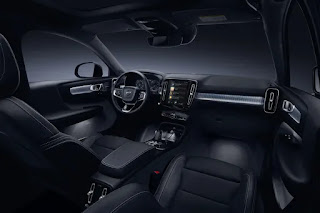 Design-wise, the Recharge variant bears a resemblance to its other XC40 siblings, save for its sportier-looking R-Design trims and a new charging lid that is located on the vehicle’s left-hand front wing. Meanwhile, its interior is mostly unchanged from the original but with some changes made to its doors which now provides more functional storage space, including retractable hooks for hanging items. 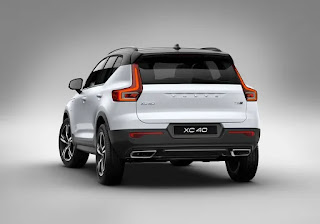 The XC40 Recharge T5 R-Design is initially priced at 255,888 but with the sales tax exemption that is ongoing until late June this year, Volvo is now offering it at only RM241,997 (on-the-road, without insurance) with five years/unlimited mileage warranty and eight years/160,000km warranty for its PHEV battery. The new SUV is now available for viewing at all authorised Volvo dealers nationwide, and is also offered in five different colour choices: Crystal White Pearl, Bursting Blue Metallic, Black Stone, Coral Red Metallic, and Glacier Silver Metallic.
at February 25, 2021
Email ThisBlogThis!Share to TwitterShare to FacebookShare to Pinterest
Labels: InMalaysia, Launches, Recharge, T5R-Design, Volvo, XC40