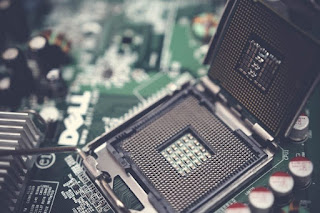 A historically cold winter storm has shuttered chip-making plants in Texas, likely worsening the ongoing chip shortage across the world. The BBC said that the storm caused power outages across the state, leaving millions in the dark and forcing major chip-makers like Samsung and NXP to temporarily close their factories.

Samsung, the world’s second biggest chip-maker, halted work at its Austin factory, Bloomberg reported, while NXP, a top producer of chips for cars, also did the same at its two Austin-based plants. According to the BBC, Texas houses more semiconductor manufacturing plants than any other state in the US, effectively making it the country’s chip-making capital.

The blackouts were caused in large part by the dramatic surge in demand for power and heat as temperatures fell. Earlier this week, temperatures in Texas plunged to a stunning -18 Celsius – the coldest on Texas’ record in over 30 years. People are understandably cranking up their radiators, and authorities are reportedly prioritising power distribution to families.

There’s some concern over how the factory shutdowns could affect an eventual return to production. Chip factories have to operate 24 hours a day to be economically viable. And bringing a sudden stop to the complex process of producing semiconductors risks damaging at least some of the work in progress, Bloomberg noted.

Global chip production was hit hard by the Covid-19 pandemic, and is now straining to meet incredible consumer demand for vehicles and electronics. The lack of chips has delayed or hobbled the production of cars, smartphones, graphic cards, and gaming consoles.