Outriders Demo To Be Released On 26 February 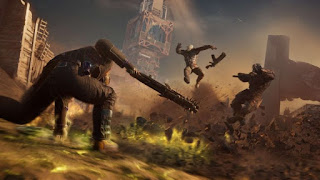 Outriders comes out on 2 April, which isn’t that far away. The game has announced its PC system requirements last month. Now, the devs at People Can Fly has announced that the game will have a demo coming out next week.

Specifically, the Outriders demo will be out on 26 February, on most platforms the game will be released on. That means you’ll be able to get the demo on PS4, PS5, and Steam, in addition to the Xbox One, Xbox Series X and GeForce Now that are not officially available here.

The devs detailed nearly everything there is to know about the demo in an extremely long Twitter thread. But basically, the Outriders demo is not time limited, and progress gets carried over to the full game if you get it on the same platform. It will take up around 22GB for consoles and 24GB for PC. 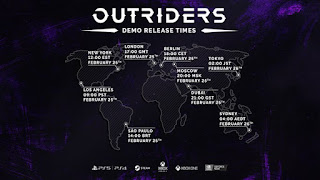 You’ll be able to play the Outriders demo up until “the showdown with Gauss”. Once that is done, you can still continue playing as some sidequests open up after that point. Your level is capped at seven though. That being said, all four classes will be playable, you’ll be able to get your fourth ability by the demo’s level cap, and you’ll have six character slots.

It sounds like an extremely generous demo, which the Outriders devs insist is not a beta. There’s even a Discord server set up if you’d like to look for other people to play it with. If you’re interested in trying it out, the demo opens for us at 1AM, 26 February.