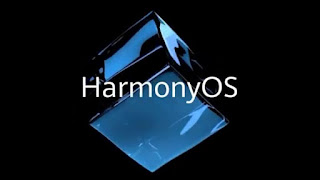 Back in 2019, after the former Trump administration signed the executive order that effectively banned Huawei from using Google Mobile Services (GMS) on their smart devices, the Shenzhen-based company announced that it would develop its own mobile operating system (OS), dubbed HarmonyOS, and will make it available sometime in 2021.
However, gaining access to the SDK of HarmonyOS – now in version 2.0 – outside of China wasn’t without its own set of hurdles and even sounds quite dodgy. To hear Ron Amadeo from Ars Technica tell the story; in order for him to gain access HarmonyOS, Huawei required that he undergo a two-day background check, as well as providing a picture of his passport. By comparison, downloading an Android SDK can be done with a simple Google search, and getting the latest iOS SDK requires users to simply own a Mac and downloading Xcode via the App Store. 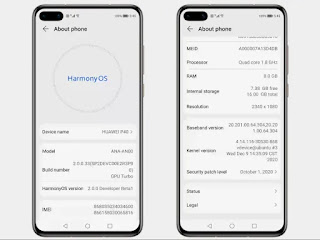 Despite the lengthy and quite possible intrusive procedures, Amadeo gained access to HarmonyOS 2.0 and in his words: it is essentially Android 10 with no discernible changes.

Visibly, HarmonyOS 2.0 looks identical to Huawei’s current Android skin. On a related note, Amadeo says that the SDK gives access to a “remote emulator”; it boots up in Chinese, reports a SIM card with the China +86 number, and is looped into some sort of intranet. Additionally, location and browser access is blocked and disabled, so any effort in finding out where the emulator was being run from is out of the question. 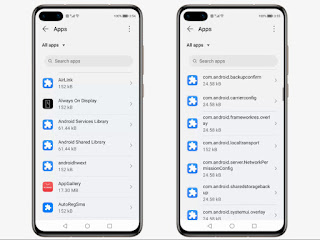 Digging further, Amadeo also seemed to confirm HarmonyOS 2.0’s dependency on the Android OS by simply running through its app info screen. This included apps with the description “Android Service Library”, “Android Shared Library”, and “com.Android.systemui.overlay” among others. The biggest tell, however, is how Huawei seems to have replaced “Android” with “HarmonyOS” on certain screens.

And that’s just the tip of the iceberg. Amadeo’s deep dive into HarmonyOS 2.0 is extensive and thorough, so if you wish to understand his thoughts on the subject, we’ve provided the link in the source below. As Huawei said last year, it plans on releasing HarmonyOS sometime this year, but didn’t provide an exact date.

at February 04, 2021
Email ThisBlogThis!Share to TwitterShare to FacebookShare to Pinterest
Labels: AndroidOS, from, HarmonyOS2.0, Huawei, NoDifferent