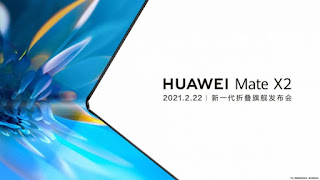 Huawei has officially confirmed that it will unveil its latest foldable flagship smartphone, the Mate X2, later this month. The announcement was made through the company‘s official Weibo page earlier today, featuring a brief glimpse of the upcoming device.
As seen from the teaser image, the new Huawei Mate X2 will sport a new inward-folding design that is somewhat similar to the Samsung Galaxy Z Fold2. Earlier leaks revealed that the new foldable will sport a 8.01-inch diagonal screen with a resolution of 2380 x 2222, and would come with a 6.45-inch external display as well – both featuring 90Hz refresh rate. 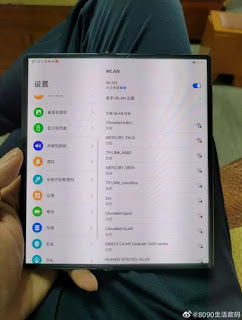 Other than that, the leaks added that the upcoming phone will be powered by the 5nm Kirin 9000 5G chipset and feature a 4,400mAh battery with 66W charging. It is also likely to come with the company’s Harmony OS, along with various first-party Huawei App Gallery offerings onboard.

The Huawei Mate X2 will launch in China on 22 February. Whether the company is planning to globally debut the new foldable phone in the near future is not known at this time.