If you die from the COVID-19 vaccine in Japan, the government will give your family over ¥44 mil 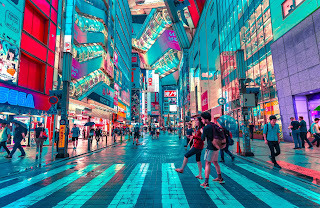 Japan began distributing the COVID-19 vaccine on Feb 17. While a little behind other developed countries, they seem to be trying to do it in as organized fashion as possible, staggering vaccinations to medical staff, the elderly, people with health conditions, and everyone else in that order.It’s not without its challenges, however, and one of them remains the Japanese people’s general skittishness when it comes to vaccines. It might seem surprising in a country that’s all too ready to slip on a mask, but the fear of side effects and a general attitude of “It probably won’t happen to me” has kept flu shot rates lingering at a steady 50 percent year after year, despite the fact that in Japan the number of flu deaths in 2018 was about the same as COVID-19 deaths in 2020.However, some who fear that the prevention might be worse than the disease may be swayed by a recent report that the Ministry of Health, Labour and Welfare will award a lump sum of 44,200,000 yen to the surviving family of any person who dies as a result of the COVID-19 vaccine and even cover funeral costs up to 209,000 yen.It doesn’t even matter if there was negligence on the part of medical staff or the vaccine producer. In other words, there’s no strings attached.This is actually a long standing policy of the ministry which covers any kind of vaccination, not just COVID-19. However, it recently made news when it was brought up by health minister Norihisa Tamura at a budget meeting.Judging by the comments, a lot of people were unaware of this policy up until now.“Now that’s some news! Let’s hurry up and die!”“Wow! It also says you can get an annual five million yen if you’re severely disabled by the vaccine. I like those odds.”“Maybe this will help more people get the shot.”“Let the death game begin!”“Seems simple, but isn’t it difficult to prove that it was in fact the vaccine that caused the death?”That last comment is a valid concern, but it would seem that in practice the opposite is actually a bigger problem. According to a report by Diamond Online, the ambiguousness of vaccine side effects tends to work in favor of the victims in court. As a result, Japanese pharmaceutical companies have been reluctant to produce vaccines in recent years, because the financial risks outweighs the benefits.This, combined with the fact that much of the public isn’t even aware of the policy, would suggest that it is probably more intended to coax Japanese companies to produce their own vaccines by reducing their liability. However, Diamond Online also points out that even after accepting the government’s money, victims still have the right to go after the companies in court.This brings us right back to square one, as evidenced by the lack of any Japanese-made vaccines during this time of peak mass inoculation. Still, like one comment suggests, the new of this policy could at least help bring more people to the vaccination table by showing the the government believes in the safety of it enough to put their money on the line.If it does, then it’ll ultimately be worth well over a few million yen.
at February 24, 2021
Email ThisBlogThis!Share to TwitterShare to FacebookShare to Pinterest
Labels: ¥44 mil, Covid-19, Family, give, Goverment, Japan, Over, Vaccine, will, your