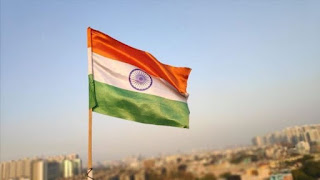 Indian authorities have shut down mobile Internet services in three areas around Dehli in response to a massive hunger strike staged by tens of thousands of angry farmers, BBC News reported. Authorities defended the move as necessary to “maintain public safety”.
Farmers have camped out around Delhi for over a month, protesting new agricultural laws that erode the government protections they’ve long enjoyed (like assured prices for their produce) against the free market. Given that many of the protesters have used social media to voice their discontent and raise support for their cause, they predictably responded very poorly to the Internet shutdown.

But this certainly isn’t the first time that India, the world’s largest democracy, has resorted to shutting down the Internet when things heat up. In fact, India shuts down the Internet more frequently than any other country in the world according to multiple reports such as The New York Times and VICE News:

In 2019, when people protested a controversial new citizenship law, state authorities in northeast India shut down the Internet. Then when the Indian government revoked the autonomy of Kashmir, an Internet shutdown was also imposed – at the time, said to be the longest in any democracy. In India, Internet shutdowns are also used, weirdly enough, to prevent students from cheating on exams.

India is hardly alone in its willingness to press the ‘off’ button though. Iran did it when faced with protests over fuel prices. Governments in Africa are doing it regularly and closer to home, culprits include Indonesia and Myanmar. But there is a price – internet shutdowns cost India US$2.8 billion (~RM11.3 billion) in 2020, according to one estimate.