Judgment To Get A PS5 Version On 23 April 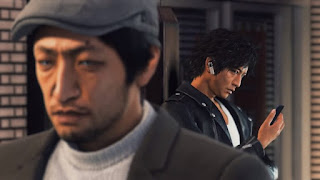 Yakuza series spinoff, Judgment, or Judge Eyes in Japan, is getting a new version for the PS5. First released in English in 2019, the game has remained a PS4 exclusive. But that is set to change in April.
Naturally, it comes with all the enhancements as you’d expect from a PS5 version of the game. Visual fidelity will get a bump, and you’ll also get 60fps gameplay. Being originally a PS4 game, it’s likely you’ll be able to get both at the same time, similar to God of War. A trailer has been made available on the PlayStation YouTube channel, so you can see what the improvements are for yourself.

If you need a recap, Judgment sees detective Takayuki Yagami, a former defense attorney. He is played by Takuya Kimura, and you’ll be exploring the familiar Kamurocho of the previous Yakuza games. In addition to the similar gameplay, there will be minor detective bits, similar to those you’d expect to find in a Phoenix Wright game, thrown in.

The PS5 version of Judgment will be released on 23 April 2021. It’s definitely a great experience if you’re a fan of the Yakuza series. Though if you already own the PS4 copy of the game, there’s no word if you’ll be getting the new version as a free upgrade.