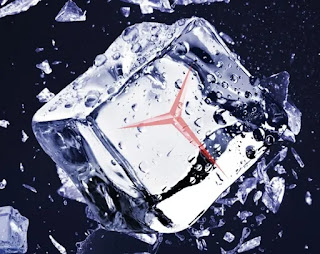 Lenovo surprised the smartphone scene last year with the launch of its very own gaming handset, the Legion Duel. Despite being the company’s first jab in the niche, the device packed substantial hardware that easily rivaled its competitors – featuring a Snapdragon 865 Plus chipset, large battery capacity, fast charging and so on. Hoping to keep up with this momentum, Lenovo is planning to introduce a follow up to the Duel in the coming months, according to its GM Chen Jin via a post on Chinese social media platform Weibo.
Along with the announcement, Chen Jin also included a teaser image that shows the Lenovo Legion logo within an ice cube – subtly hinting at the upcoming gaming phone’s potential selling point. A handset’s internal cooling system is one of several factors that brands often emphasise on, especially for those in the gaming category. Based on the hint, it is possible that the new device could feature an improved version of the Duel’s internal dual-liquid heat pipe cooling system, or maybe an all-new cooling technology altogether.

Besides that, nothing else regarding the phone’s design or specifications have been revealed at this time. It is uncertain if the company plans to carry over any features from its predecessor, such as the side-mounted pop-up camera or dual shoulder air triggers with haptic feedback. If anything, it is quite likely for the upcoming Lenovo gaming phone to feature a Snapdragon 888 chipset, along with an improved FHD+ AMOLED display with 144Hz refresh rate or higher, and high-end sensors for its rear and front-facing cameras.

Chen Jin added that the new Lenovo Legion smartphone is expected to be officially unveiled sometime in spring this year. However, with no specific date provided, we might not see any glimpses of the new gaming handset for another month or two.